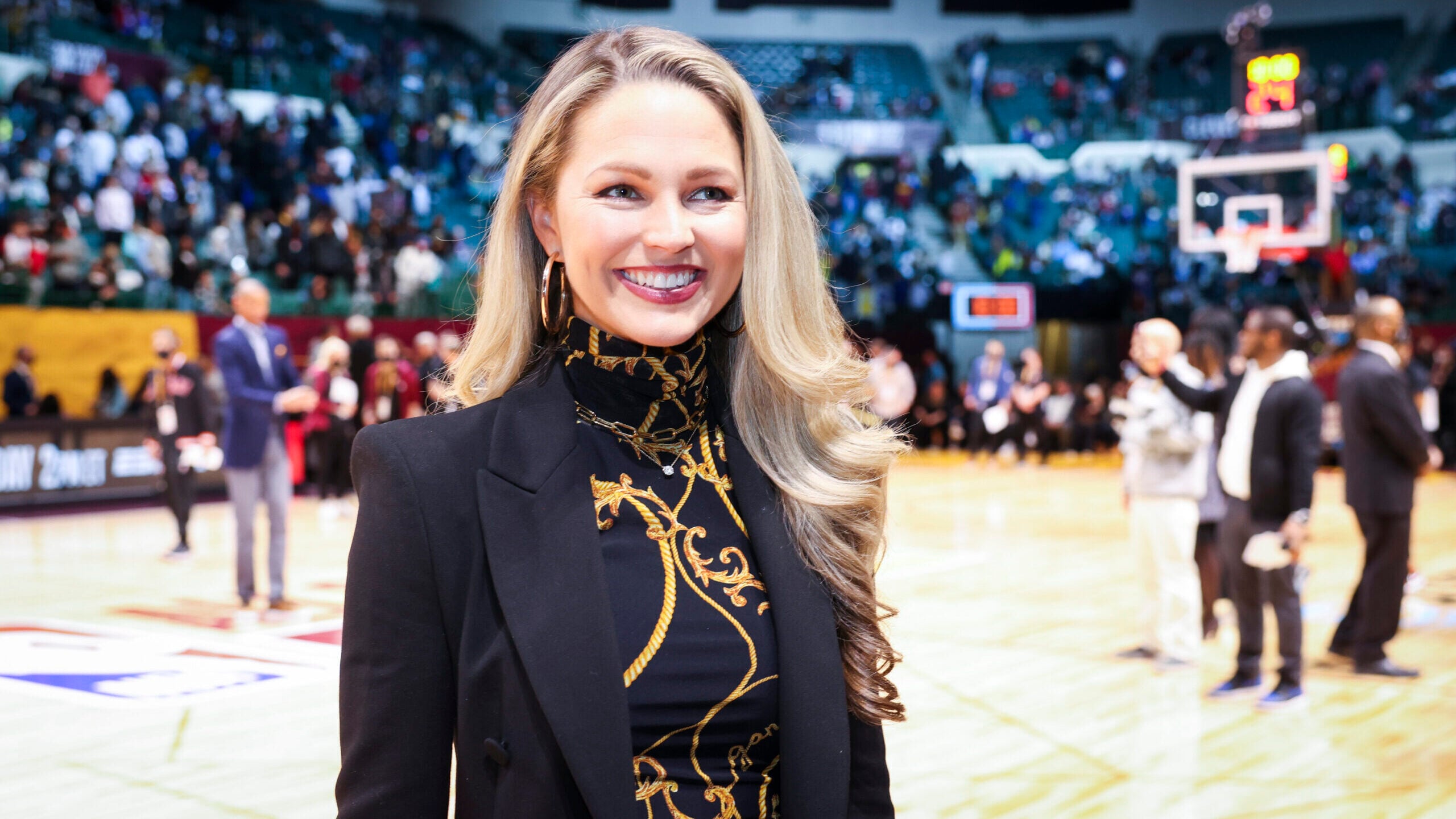 Allie LaForce is the lead sideline reporter for the NBA on TNT.

For this series, Julia Adams spoke to women from various positions around the league – from play-by-play broadcasters, to analysts, to producers – in order to capture how the NBA is supporting women to enter roles on a league-wide basis.

TNT’s Allie LaForce was born to be a sports broadcaster. Growing up with parents who were former collegiate athletes, a mother who owned a talent and modeling agency, and an aunt who coached varsity basketball, a career in sports television was in LaForce’s DNA.

“From day one, everything was ‘Introducing Allie LaForce.‘If I got a new outfit, I had to come down and do a whole presentation … we were always practicing public speaking, and my parents were always videotaping,” LaForce said.

LaForce’s parents insisted she live by the motto ‘try everything once.’ As a kid she played basketball, volleyball, softball, ran track and even competed in pageants. She was crowned both Miss Ohio Teen USA and Miss Teen USA in 2005.

“I made a lot of goals for myself young thanks to the influence of my parents and my aunt [Connie],” LaForce said. “I would put posters around my room that said ‘break the free-throw record’ or ‘make x amount of threes’ or ‘win x amount of games.’ But because of Connie, basketball was number one in my heart.”

One of Allie’s goals was to play college sports, which came to fruition when she walked on the women’s basketball team at Ohio State University. LaForce says getting the opportunity to play college basketball helped shape her and her broadcast career into what it is today.

“Mentally and physically you have no idea how powerful you are until you really push the limits,” LaForce said. “College basketball pushed me mentally and physically to new heights… Having elite teammates and coaches helped me develop my knowledge for the game so much quicker… It was really natural for me to be an analyst after being a player… the game rolled right off my tongue.”

On top of playing basketball in college, LaForce traveled to cover football and basketball games, and called games on the radio. She also worked for the local television station, WOUB-TV, as an anchor, reporter and producer. Allie graduated with a journalism degree in 2011 from the Honors Tutorial College at Ohio University.

LaForce believes breaking into the industry early on was a combination of her hard work ethic with timing and luck. 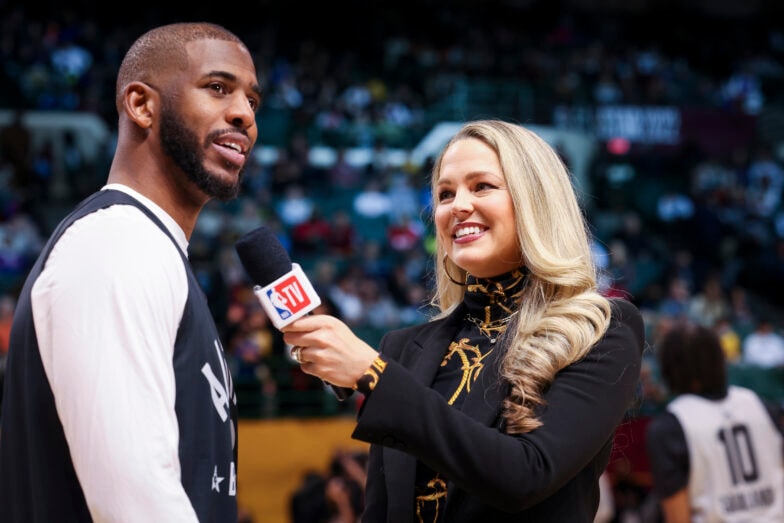 “Coming out of college at the first local station I worked at, they were converting tape to digital. Young journalists like me were shooting, writing, editing and going on-camera. I wouldn’t have gotten hired at such a big network early on if that shift wasn’t happening, “ LaForce said. “Also all of the national sports stations were starting sports networks [FOX Sports, CBS Sports Network], and they desperately needed talent. That helped me go national much quicker.”

After college, she signed with Cleveland’s FOX affiliate WJW Channel 8 as a sports anchor and reporter, and worked sideline for Sportstime Ohio. LaForce’s breakthrough career moment came when she was assigned to be the leading sideline reporter for the SEC on CBS.

“In a two-week span I was doing major college football games and interviewing Peyton Manning and working NFL preseason on the field,” LaForce said. “Those two weeks when they were testing me out as a sideline reporter on the biggest stage was probably my biggest ‘WOW’ moment… or one of the first”

Since working for TNT, LaForce has covered NBA All-Star games, worked playoff games, and even interviewed stars from LeBron James to Chris Paul. However, her biggest accomplishment to date is starting her foundation Help Cure HD with her husband — MLB pitcher Joe Smith. 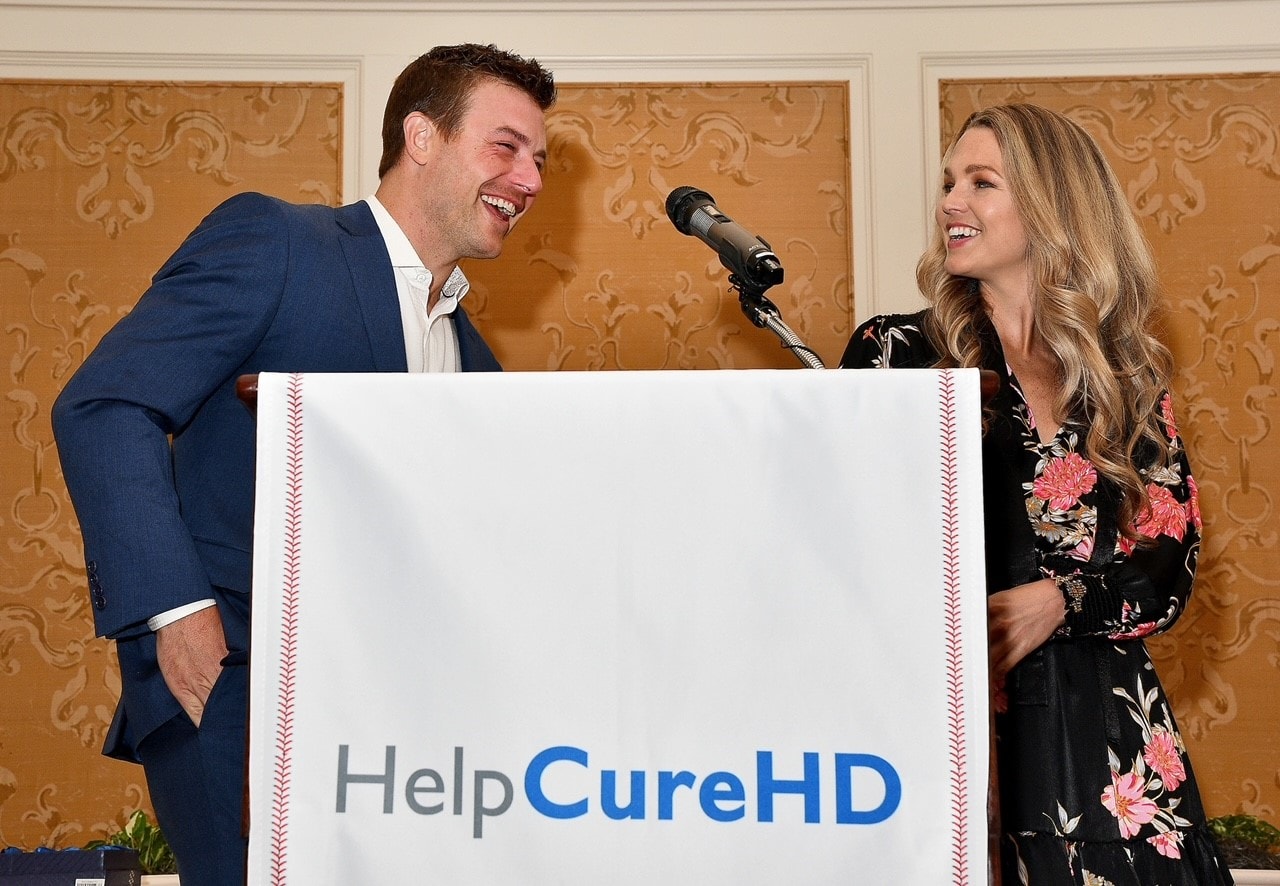 LaForce and her husband, Joe Smith at a Help Cure HD event.

Help Cure HD was inspired by Lee Smith, Joe’s mother, who was diagnosed with Huntington’s Disease in 2012. It aims to improve the quality of life for those affected by Huntington Disease by contributing financial, emotional and mental support while searching for a cure. Huntington Disease is a hereditary brain disorder that causes deterioration in nerve cells. Over 30,000 people in the United States suffer from the disease, but there is no cure. Currently, there is a 50/50 chance a child could inherit the HD gene if a parent has it.

According to LaForce, Help Cure HD eradicates the deadly disease from a family line forever by preventing the gene from being passed on through a procedure known as PGT-IVF. Through the procedure, embryos without the HD gene can be implanted therefore ending the disease in the family line. So far, LaForce and Smith have funded 70 families to undergo PGT-IVF through hard work and fundraising.

“In vitro fertilization or IVF costs about $40,000 on average per family. We know a lot of people don’t have access to this big decision for their family, and choose not to have children because they can’t afford this and don’t want to pass on the disease,” LaForce said. “Every single penny donated goes to the families.” 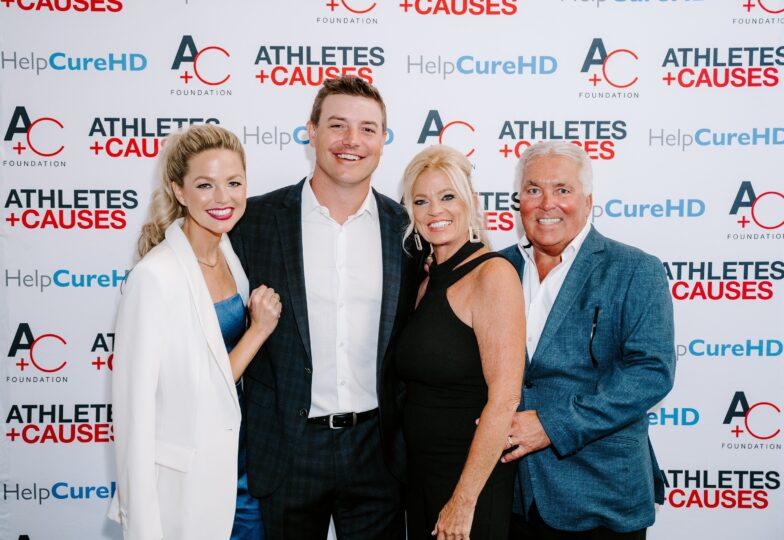 LaForce and her husband, Joe Smith, at a Help Cure HD event.

Allie is also currently in her first trimester of pregnancy and is very vocal about her journey. She posts frequent updates on her blog and Instagram account, including while she’s on the road covering games. LaForce says publicly sharing her pregnancy journey with her has been very rewarding.

“I could not believe how much information I did not have about fertility and pregnancy going through this, and how much emotion and questions I would have had going through it alone. It would have been a thousand times more intimidating than just sharing it because all of a sudden through sharing I have an outpouring of love and encouragement,” LaForce said. “A lot of women say it’s helped them reading my story. So if I’m helping other women and they’re helping me back, it’s a win-win situation on all fronts.”

LaForce’s work family, who is like a second family to her, has also been extremely supportive of her during her pregnancy.

“They are so amazing. My work family really is my family, and it would be like keeping a secret from my family if I am not able to share with them,” LaForce said. “They make sure I’m good. A lot of them have kids or wives or have gone through miscarriages. So literally every step of the way they are able to walk me through.”

On top of her team’s support, LaForce also added that in general, the NBA has supported her in every way throughout her career. 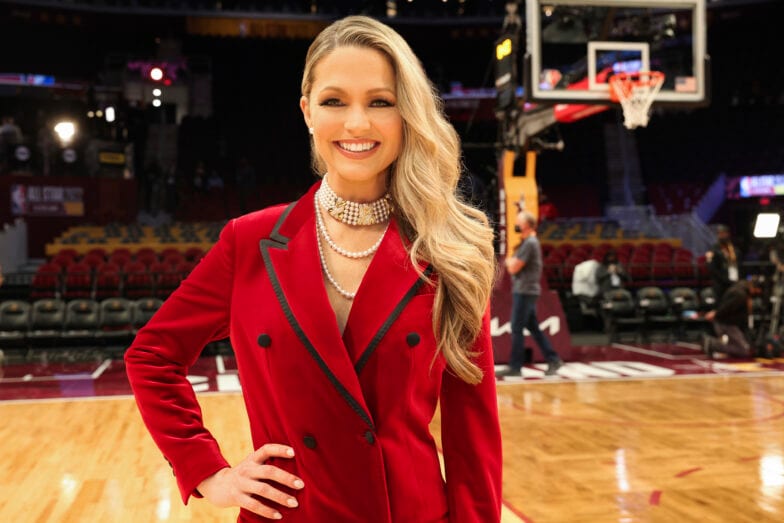 “By far, they are the league that is most supportive of athletes and their voices, and that goes for the talent and the broadcast teams as well… I’m proud to cover the NBA.”

If LaForce could give any words of advice for women looking to follow in her footsteps it would be this:

“Don’t have a victim’s mentality. If you have to work harder than someone else, that’s a benefit to you. Work as hard as you can. Ask as many questions as you can. Always have a fallback plan, and always have a big dream,” LaForce said.